Home / News / What are the working procedures of the filling and sealing machine?

What are the working procedures of the filling and sealing machine?

Before implementing the automatic work mode, manually perform a sealing operation to check whether the operation of each step operation and each machine structure is normal. The mode switch of the high-speed can sealing machine selects the active mode position (in the active mode, the upper signal of the lower pressure cylinder, the upper signal of the upper cylinder, the in-situ signal of the gathering and dispersing vat, and the in-situ signal of the sealing clutch disc are required ) Start the main engine power, and then press the active start button, then the west-east running indicator light is on, and the equipment is in the west-east running state (Note: At this time, the human limbs should be separated from the running parts of the equipment to prevent the human body from being endangered). Vacuum inspection machine When the conveyor belt sends the can into the indexing station, the product detection switch sends the product signal to the PLC. After the PLC is processed in a French manner, it outputs the indexing and dispersing action, and the indexing and dispersing electro-disk When the power is turned on, the indexing plate is mobilized and reversed by the machine. When the can sealing machine completes one station rotation, the signal of the product indexing in place is sent to the PLC through the indexing sensor of the divider (Note: At this time, the indexing clump electromagnetic sucker does not lose power, and during continuous operation, in the When it runs to about 30 degrees before the indexing of the next station, the sensor will send the signal to the PLC at the end of the indexing.

Automatic can sealing machine indexing, gathering and dispersing electromagnetic suckers are de-energized and dispersed - the role of the second sensor is to enable the next indexing to be completed in a short period of time), after PLC processing, the output pressing action, and the top material cylinder is also obtained at the same time. When the electric direction is lowered, the product is stably pressed into the wheel wire, and at the same time, the signal that is pressed in place is sent to the PLC, the gathering and dispersing cylinder goes up, the sealing gear plate is stuck into the concave hole, and the sealing action is performed. 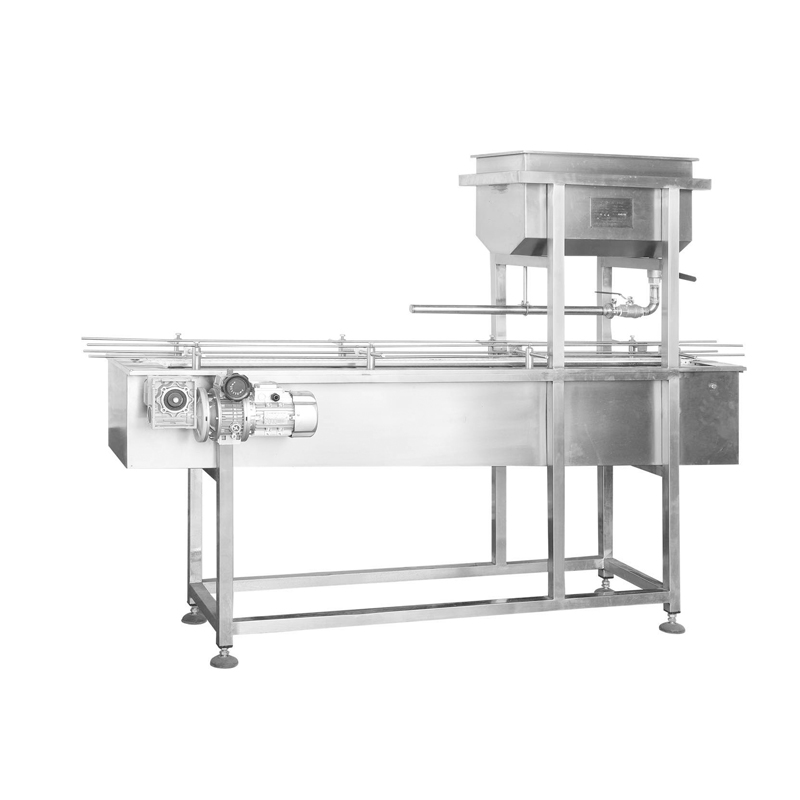